Emigration from Friuli to France between 1820 and 1970
1820-1914 – Mosaic workers, terrazzo workers and bricklayers in France.
Matteo Ermacora

The first to arrive in this transalpine republic at the beginning of the nineteenth century were small groups of mosaic workers and terrazzo workers from the right bank of the Tagliamento river, who devoted themselves to the restoration of ancient Roman mosaics and to the decoration of public and private palaces, using innovative techniques. The urban sprawl which occurred at the end of the century further attracted bricklayers and stone masons from the mountain areas and nearby valleys; in any case the migratory flows towards France were considerably fewer compared to those directed towards the neighbouring Empires of Central Europe.

Portrait of Merina Treppo on a scooter. Lyon 1954

Valentino De Monte taken by the truck which makes deliveries of bricks.1953 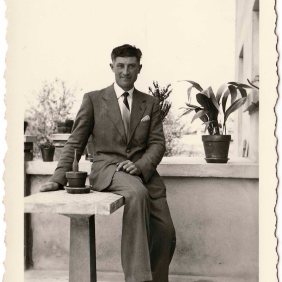 Galliano Del Negro in Lyon at the end of the forties 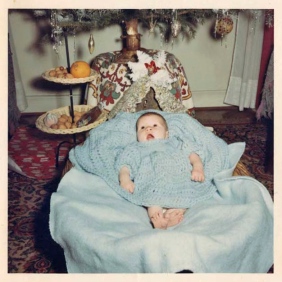 Portrait of Ines door while walking in the streets of Paris to which the child is babysitting. 1958 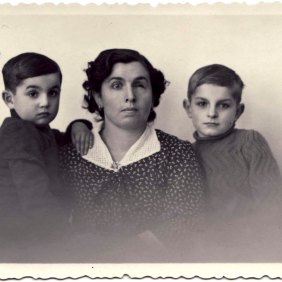 Gubiani in a family portrait before leaving for France.1950

Feast of polenta in Mulhouse in 1976

Aurora Marioni and his sons in Grenoble .1950

Luigi Pupini and friends during a trip to Savoy.1965 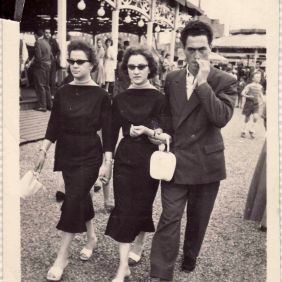 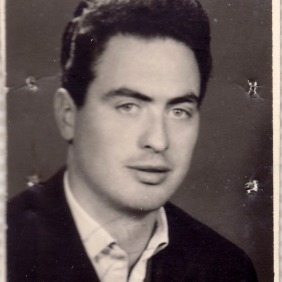 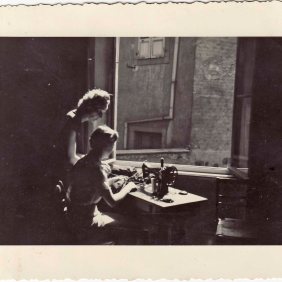 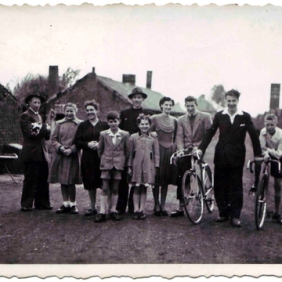