Aphrodite Gharakios, cousin of Elisabeth, was born in Kalymnos (island of the archipelago of Dodecanese, off the Turkish coast) in 1959. She arrived in France in 1973, following his elder brother, Giorgios, who came to work in the furniture store that his uncle Ergas had in Port-de-Bouc. Aphrodite, who was then 13 years old, used to go with him to do the housework. In 1976, she married Georges Charitos. The couple had two daughters, now living in Port-de-Bouc. Aphrodite has a small house in Kalymnos: she uses to spend summer holidays there every year. In one of our interviews Aphrodite claimed that, both in France and in Greece, she feels somewhat foreign. “On the islands there is nothing,” she said, pointing at the same time, that in Port-de-Bouc  you cannot avoid feeling homesick for their country of origin, where part of her family still lives. As Elisabeth, Aphrodite also regularly participates in activities related to Greek culture. On Sundays she goes to Church of St. Catherine and once a week she attends courses of traditional Greek dances. 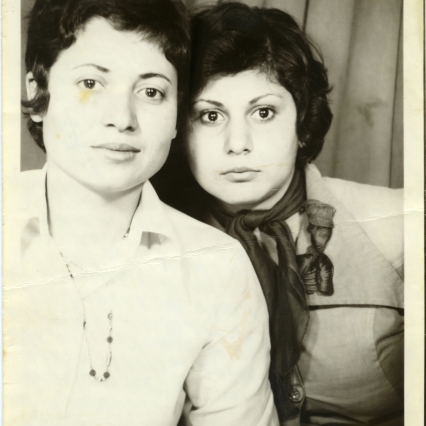 Aphrodite (right) with a friend in Port-de-Bouc 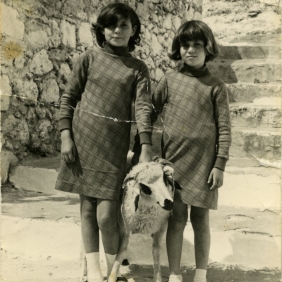 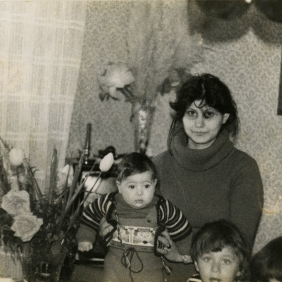 The father, uncles and grandparents of Aphrodite (1960) 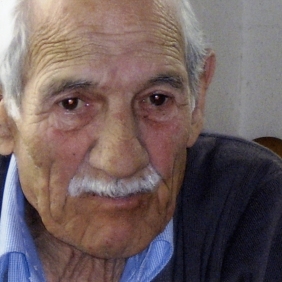 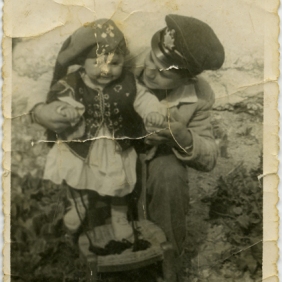 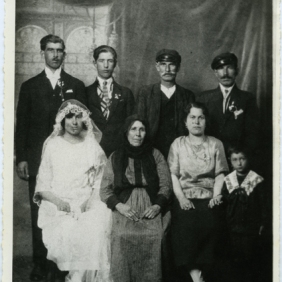